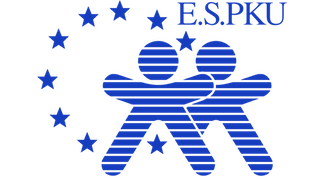 A delegated regulation on FSMP will complement the provisions on the Food for Specific Consumer Groups Regulation (EU 609/2013) to ensure appropriate requirements for the composition, labelling and communication of FSMPs and thereby shall guarantee availability and perceptibility of low protein food for dietary management of Phenylketonuria and allied disorders

In early 2015 we reported on the current review of EU legislation on dietary food: the former Directive 2009/39/EC (framework directive) has been repealed by a new Regulation (EU) 609/2013 on Food for Specific Consumer Groups (FSG) entering into force in July 2016, which does not foresee any rules for low protein foods as required for the PKU diet. Currently these products are regarded in some Member States as dietary food ‘sui generis’ and needed to be notified to the competent authorities before being placed on the market. Under the umbrella of the new FSG-regulation such a category as ‘sui generis’ is not foreseen any more.  As a consequence the affected products would have been switched to foods for general consumption and the relevant legislation would apply, including the interdiction of quantitative labelling of phenylalanine.

Parallel to other affected stakeholders, E.S.PKU has approached the Commission and referred to that problem. In return to our request, Francesco Carlucci from the European Commission, DG Health and Food Safety, has promised: “No provision will be introduced that will make it more difficult for PKU patients, or health care professionals, to use/recommend food for special medical purposes intended for the dietary management of PKU. Similarly the new legislation will have no impact on reimbursement policies, given that these are set at national level and national authorities are free to decide how to act in this respect.”

Due to the latest developments this shall be guaranteed by an attachment to the new FSMP-regulation in form of a ‘guidance document’ which will clarify that these products are regarded as Food for Special Medical Purposes (FSMP). For FSMP a quantitative labelling of Phenylketonuria is allowed.

In January 2016, the ENVI Committee of the European Parliament adopted the new legal act on Food for Special Medical Purposes (FSMP), which will most probably enter into force in February 2019. Due to this Delegated Regulation No. (EU) 2016/128, FSMP-Products must be labelled “… for dietary Management of …” (e.g.: “bread for the dietary management of Phenylketonuria”). No nutrition declaration will be allowed front of pack, but relevant information such as a quantitative labelling of Phenylalanine may be given back of pack.

Although the Commissions Guidance Document on the new rules, which will give the final legal certainty for low protein foods, is not available yet, its publication is expected until July this year. E.S.PKU sticks to the subject and will keep you informed on further developments.

This website uses cookies to improve your experience while you navigate through the website. Out of these, the cookies that are categorized as necessary are stored on your browser as they are essential for the working of basic functionalities of the website. We also use third-party cookies that help us analyze and understand how you use this website. These cookies will be stored in your browser only with your consent. You also have the option to opt-out of these cookies. But opting out of some of these cookies may affect your browsing experience.
Necessary Always Enabled

Any cookies that may not be particularly necessary for the website to function and is used specifically to collect user personal data via analytics, ads, other embedded contents are termed as non-necessary cookies. It is mandatory to procure user consent prior to running these cookies on your website.