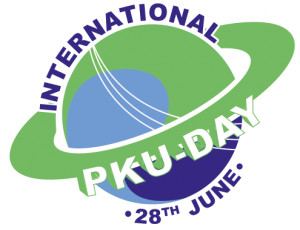 Phenylketonuria (PKU) is a rare, inherited disorder of protein metabolism. Patients are unable to metabolise the amino acid phenylalanine. Early diagnosed by newborn screening and treated with a low protein diet and an  amino acid substitution, patients can develop normally and live their life to the full.

In untreated patients, high phenylalanine-levels in the brain cause severe impairments to mental and physical development. Neurological abnormalities such as hyperactivity, aggressiveness and lack of concentration, fitting and eczema are just some common symptoms. Untreated PKU patients can be  severely handicapped and dependent on a lifelong care.

Today, after Føllings detection of the disease; Bickels first description of the nutritional therapy and the development of Guthries newborn screening; we recognise early diagnosed and well treated patients. However , it is easy for us to ignore those patients that were born before newborn screening was implemented and have never been diagnosed or were late diagnosed.

The fate of those affected teaches us:

The film was adopted into English by the National Society for Phenylketonuria (NSPKU), U.K.

The film can be distressing for some. We recommend to presentation to younger children with parental guidance as they may not  distinguish their PKU from the PKU shown in the film.